Well two of the places I fell in love with during the holiday I went on in December 2016 (see post “My Year of Travel 2016“) was Ochos Rios (Spanish for ‘Eight Rivers’) in Jamaica and Grand Cayman Island, the largest of the three Cayman Islands. In addition to the fact they are both beautiful places, the adventures I experienced were incredible plus it was my first time in either of these places. Definitely on my bucket list to return to both and create further memorable experiences. Check out my Grand Cayman 2016 blog post here.

Jamaica has always been a place I have wanted to visit but to be honest I didn’t know what to expect. All I knew about Jamaica was:

ke is fairly limited. Unfortunately my GoPro wasn’t charged when I visited this place (Gutted!!!) but I was able to take some photos with my phone during my visit but these don’t really capture what it was like….especially going up the Mystic Mountain.

First stop was the River Dunns Waterfalls (Dunns River) which was so fun to do! We had our own small group, our water shoes on and our friendly leader who took us up the water falls….we were ready to go! The leaders were so good, they really made the experience by helping us out and having a good laugh. As we went up the water falls we could look out to the incredible beach behind us looking over the clear, blue water…and it was extremely clear blue! The whole experience probably took just an hour, maybe slightly over so it wasn’t too long but I wouldn’t recommend if you have any injuries as sometimes it was a steep climb with high pressured water coming at you…you could easily lose your balance but you was in safe hands. Even though it is a waterfall I am pretty sure as a tourist attraction some of it has been man-made to avoid being too unsafe. Below is a video that the leader took when going up the waterfall to show you what it was like. Hope you enjoy!

Next stop was the Mystic Mountain Rainforest (Mystic Mountain) and this was the place to come to get awesome views. The way you get up the mountain is by the Sky Explorer which is a state-of-the-art chairlift…not any kind of chair lift though, one that goes through and above the tree tops of the rainforest at 700 feet. You can see views for miles including the ships that are docked…a peaceful, relaxing ride hearing the nature around.

Once you reach the top there are some small stalls and a place for food and drink. It is a small village at the top of rainforest! Crazy! The activities you can do include:

All I did was the Bobsled and I did not know what to expect as when people go from the top you can’t see them. Well….as a person who hates rides with a massive fear….it was freaking fast!!! You can slow the bobsleigh down with a break but the gravity was so strong I couldn’t slow it down. Despite being so scared going down it was awesome! So exhilarating and I would definitely do it again!!! That is something I never normally say about rides. Despite not being able to film it, I did get a video off youtube below showing another persons’ experience where you can check out to see what it was like.

Also here is the video I put together about the whole trip with my family going on the NCL Epic in December 2016 to Great Stirrup Cay, Ochos Rios, Grand Cayman and Cozumel Mexico. 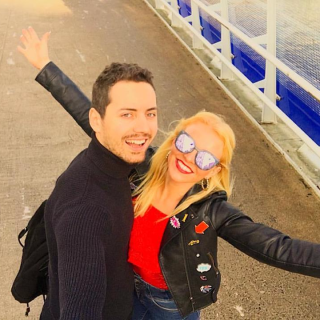